A quick refresher first of all (aka Stop! Grammar time!). This won’t take long, promise.

A participle is just a form of a verb. English uses present and past participles. Present ends in -ing; past can take various forms but -ed is the most common.

You see participles all over the place but what we’re looking out for in this post is a very common construction when the subordinate clause comes before the main clause. Herewith a couple of examples of perfectly acceptable sentences. (Wrongness will be marked with an X.)

NB: a subordinate clause is one that has to be attached to a main verb because it doesn’t stand on its own. “The two men walked down the street” is a full sentence. “Talking animatedly” is not a sentence, and nor is “Having written one successful vampire book.” They don’t stand alone: they are there to tell us more about the main clause.

Let’s just flip those two examples around so we can see what’s going on here.

She launched a vampire series, having written one successful book already.

You’ll notice I messed with the word order in the second sentence and have added words in order to make these proper-sounding sentences, but the participle is doing exactly the same work.

And what work is it doing? Well, it’s telling us about the subject of the sentence, and that applies whether the subordinate clause comes first or not.

The two men walked down the street talking animatedly.

Who is talking? The two men.

Who wrote the vampire book? She did.

Got that? Right. Now look at this.

X Today I am interviewing Mary Jones, author of the Fangs for the Memory series. Having written one successful vampire book, I asked her more about turning it into a series.

Who wrote the vampire book here?

Well, according to the structure of this sentence, the interviewer (the I of the sentence) did. Flip it around:

I, having written one successful vampire book, asked her more about turning it into a series.

And that is a dangling participle—one that has come adrift from the subject and verb it is meant to modify, and thus changes the meaning of the sentence.

X Vikram had thirty seconds to catch his train. Running to the railway station, the keys fell unnoticed to the pavement.

Who was running? The keys, apparently.  Flipped: “The keys fell to the pavement while running to the railway station.” This obviously isn’t the intended meaning, but it is what the words say because the subordinate clause doesn’t have a “Vikram” or “he” to attach itself to. The only subject in the main clause is “keys”.

It’s very easy to see something’s wrong with this sentence if we flip it. Compare the following pairs:

X Running to the railway station, the keys fell unnoticed to the pavement.

X The keys fell unnoticed to the pavement while running to the railway station.

This way round, it’s glaringly obvious that we’re missing Vikram was from the second sentence.

X After writing the book, the editor will read it and send the author feedback.

Who’s written the book? The editor, apparently. (I wish.)

X Having abandoned his family for so long, the children no longer wished to meet their father.

Who’s the deadbeat? According to the grammar, it’s the children, even though they’re plural.

X Jogging down the canal, a swan attacked me.

This isn’t trivial. The effect of dangling participles is awkward, confusing, often unintentionally comic. And that is bad writing.

The good news is, participles aren’t the only dangly bits! (I lied about that being good news, sorry.) Other modifiers can dangle as well.

Dark-eyed and curvy, she was still beautiful at 60.

X Dark-eyed and curvy, any man would find her beautiful,

These examples are just clunky. But this error can get really nasty in some circumstances. Take a look at this:

Now a consultant physician, he was astonished at how far his ex-wife had progressed in a short time.

This sentence is grammatically correct…if the man is the consultant physician. If however that’s his ex-wife’s new job, this sentence has just sent every reader down an entirely wrong path.

Let’s unpack this. The grammar gives us this meaning:

He was now a consultant physician, and was astonished at how far his ex-wife had progressed in a short time.

But the way it’s worded suggests that the more likely meaning is:

He was astonished at how far his ex-wife had progressed in a short time: she was now a consultant physician.

It is not always obvious to the reader which is correct when meaning conflicts with grammar. Try these:

X Having surrendered, the Germans occupied the Channel Islands.

Even worse is when we involve passives:

X Having invaded without serious opposition, the Channel Islands were occupied by German forces.

For the record, the Germans invaded, the Channel Islands surrendered, and the Germans occupied them. Is that what the above sentences say? (No.)

Watch out for danglers. They aren’t hard to spot: just keep an eye out when you have a subordinate clause before the main clause, and make sure that it’s attaching to the thing it’s supposed to attach to. Ask yourself who’s doing it. (Who wrote the vampire book? Who’s aged 5? Who’s the consultant physician?) Flip the sentence around if you need to check.

This construction is, frankly, avoidable. It’s very journalistic, and can often lead to top-heavy sentences which are hard to parse. Plus, present participles in subordinate clauses often lead to what editors call Simultaneous Action issues, which is another kettle of fish altogether. (“Walking into the room, he sat on the sofa.”) Isn’t writing fun?

While there are quite a few dangly bits in my new book Band Sinister, none of them are modifiers.

“I have read some great romance books this year, but this rises to the top. Entertaining, intricately peopled, tightly plotted and simply … perfect.”–HEA USA Today on Band Sinister

Lower Your Standards: getting through the book’s babyhood
2 replies 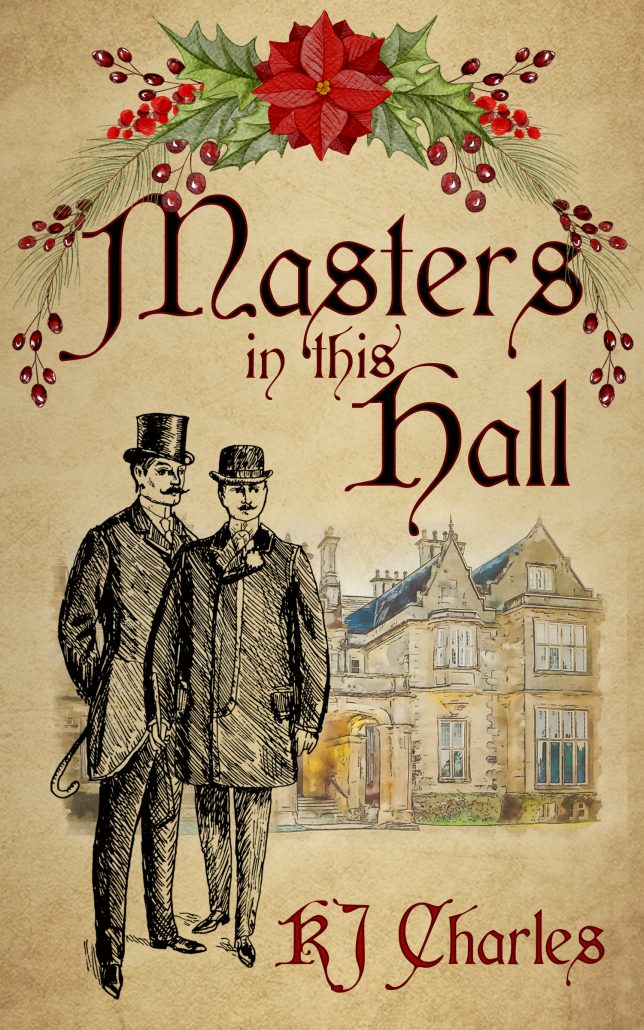 The Reluctant Author: Telling the Wrong Story
Scroll to top