This year I mostly read the news, obsessively, while everything caught fire. But I also read some books.

I’ve been making more effort to review on Goodreads recently, in large part to jog my terrible memory. I didn’t think I’d been great about it this year, but in fact I still have enough fabby reads listed for a good hefty summary post, so here it is. Romance, SFFH (that’s sci fi, fantasy and horror) and a bit of non fiction.

I have been trying to diversify my reading and seek out more own-voices writers, particularly in romance—it was not flattering to me quite how much of a conscious effort that took at first—and it’s made a huge difference to my reading enjoyment, with the vastly increased range of ideas and perspectives, characters and topics and settings and lives on offer for me to splash in.

These are in no particular order apart from Documenting Light, which is first, and for which there is a giveaway if you scroll to the end. (But read the post first. I put effort into this, you know.)

A competent person would include covers but I have a stinking cold and a sick child, so, not competent.

If you’re going to read one book based on this rec list, make it this. Real, emotional, beautifully written, fascinating story of two people, one trans, one nonbinary, who are really just trying to get by and find one another. It’s all about being seen, now and in history; about small touches and little braveries that add up to big stuff, and it’s lovely.

Extending her series about sisters finding love in the early years of the 20th century. This one is set in the Great Depression, with a boxer returning to find the woman he left behind. Superb historical detail—the black family’s journey out of the South is hair-raising; the casually dropped racism is hair-curling—and intense spirit of place and time, as ever with this author, who is also not afraid to show her previous heroines in an unsympathetic light. /applauds wildly/ Faith informs the book very heavily, but doesn’t offer easy answers.

Listen to the Moon by Rose Lerner (m/f)

This historical series is so good with its small-town setting and concentration on local life and interaction. This book is the story of a starchy valet turned butler and the freewheeling housemaid he falls in love with. It’s brilliant on the minutiae, which brings the atmosphere to life and feeds into the characters, and a hot, sweet romance too. And how often do you see servants in starring roles in British historicals? Not enough, that’s how often.

I LOVE THIS. A world weary spy is partnered with a back-office chap of no experience but a talent for cross-dressing in order to carry out a surveillance operation on an international terrorist of the Joseph Conrad school. Wonderful 1920s atmosphere, great sexual tension, utterly delightful leads, exciting plotting. Just gigantic fun.

Daughters of a Nation by Alyssa Cole et al (m/f)

A historical romance anthology from the authors of the excellent The Brightest Day collection. Tough, timely POC-focused romance set at various point in the struggle for suffrage in America. This is important stuff that needs to be remembered and written and these authors are doing a cracking job of that.

Gays of our Lives by Kris Ripper (m/m)

I love this whole contemporary series with all sorts of leads, including f/f and trans characters, and recommend them all so far. This one is laugh-out-loud funny at points and its narrator, Emerson, may be the grouchiest hero ever committed to paper, a gloriously misanthropic git.

I don’t think I can improve on my description of this as a hot bath and fluffy towel of a book. Delightful happy-making short read with a prickly young trans man and a really irritable boss getting to know one another. Give yourself a lunchtime lift.

A really lovely, uplifting book about the women of a roller derby team. I kind of want a book about each one of them. Loved Tina and Joe and all the female friendships and fun. Actually wanted to play roller derby for a brief moment. Lovely.

Dark, lyrical, weird, magical, scary. A very fairytale feel for a paranormal story about depression and despair, and about finding hope in the darkness. A super intense, immersive read of the kind that really takes over your brain. I loved it.

The Fall of the House of Cabal by Jonathan L Howard

If you haven’t read the Johannes Cabal series and you like sarcastic and occasionally lethal necromancers, Lovecraftian parody, genre bending, and fun, oh boy you are in for a treat. I love all five books. For heaven’s sake read in order, this is #5. I think Johannes Cabal The Detective is my favourite but all of them are hilarious, plotty, gleefully demented and sometimes deeply warped.

This and his other short story collection Sea Swallow Me are outstanding. Gidney is a terrific, inventive, evocative writer who ought to be more widely known. Romantic, fantastical, strange, sometimes really dark and scary. Superb stuff.

Point of Hopes by Melissa Scott and Lisa Barnett

Is it another series I glommed like a cartoon squirrel going through a tree? Why yes it is. Absolutely wonderful fantasy with an understated m/m romance at the centre, delightful world building, huge warmth, interesting plots and a new one coming out next year oh my god I cannot wait. Read them all!

The Serpent by Claire North

The first of three linked spec fic novellas with a lovely concept about a mysterious mystic game-playing sect. You need to read all three, really, but I think this was my favourite. I want the author to write more in her Kate Griffin persona though, I miss Matthew Swift.

Sequel to the utterly glorious urban fantasy The Rook. I loved this one just as much. Ingenious, funny, twisty, well-plotted, lovely strong female leads, and vast quantities of gleeful inventiveness.

Not sure whether to put this under romance or fantasy, both are valid. A nice twisty political/mystical conspiracy plot in a well developed mitteleuropeanish fantasy setting; a delightful slow burn f/f romance. Hugely readable fun.

This has been getting column inches for a reason. A terrific collection of essays about the British immigrant experience, from all kinds of perspectives that often don’t get space. Often angry, often hilarious, always thoughtful. Should be required reading for every Brit.

Let’s not mess about. Either you read that title and thought, Wow, Victorian drains, plumbing and rubbish disposal? That sounds intriguing! or you didn’t. If you did, I highly recommend this. Packed full of fascinating and often stomach-churning facts.

I was thinking of writing a romance series about the Bright Young Things of the 20s and 30s, but then I read this book and realised I’d rather floss with barbed wire. It’s noteworthy they couldn’t even tolerate themselves. Really interesting social history of a generation at an extraordinary point in time, as long as you don’t mind shouting “Oh my God you insufferable entitled twat!” at the pages a lot.  A useful companion to this would be Among the Bohemians, which is about people around the same period who were kind of like the Bright Young People but generally with less privilege and more talent, so you’ll be shouting “Oh my God you insufferable smug twat!” instead.

If you are going to read about the Bright Young Awfuls, I strongly recommend Crazy Pavements by Beverley Nichols which is a pre Vile Bodies expose novel, and also a queer romance under the thinnest possible veil, written in the 1920s.

Biography of a black British boxer who competed for the English title, became a national superstar, and was a guard of honour at the Prince Regent’s coronation as George IV. An amazing story, as thrilling as any novel. The author’s a boxing journalist, and it shows because the accounts of Richmond’s two big fights are heart-stoppingly exciting.

Severed: A History of Heads Lost and Heads Found by Frances Larson

It’s about the history and practice of decapitation. What would you like me to say?

Because it’s Christmas and because I want people to read it, I am giving away an e-copy of Documenting Light to a randomly chosen commenter here. Just name one good book you read this year in the comments to be considered! Draw will be made on 16th December.

My most recent release was the story ‘The Price of Meat’ in the All In Fear queer horror anthology. Wanted, a Gentleman releases on 9 January, and then my new Victorian trilogy Sins of the Cities starts in February with An Unseen Attraction. 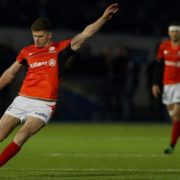 Welcome to my new home! With salad, cat and giveaway
42 replies