It’s release day for Any Old Diamonds! This is the first of my Lilywhite Boys duo, about two Victorian jewel thieves in the 1890s. This one’s m/m, and stars ex-Army professional thief Jerry Crozier and illustrator Alec Pyne.

The thing is, Alec is actually Lord Alexander Pyne-ffoulkes (yes, ff). Alec is the estranged second son of the Duke of Ilvar, and when he hires Jerry to steal a priceless diamond necklace from his father’s remote castle, things quickly get complicated.

There’s secrets! Lies! Betrayal and murder! Impersonation! Family trauma! Lady detectives! Ill-judged sexual encounters!  I think this one definitely qualifies as angsty. Also, Jerry is just a tad on the sociopathic side.

“You’re not inclined to repentance?” Alec repeated. “What, ever?”

“Never.” Crozier’s eyes glimmered dark in the electric light and the glitter of glass and silverware and mirrors. “I’m not sorry.”

“Anything.” Crozier tilted his head, eyes hooding slightly, gaze roaming over Alec’s face. “Except missed opportunities. I regret those, but that’s a different matter, isn’t it?”

“Mmm.” Alec didn’t want to think about his own missed opportunities now, the what-ifs and if-onlies. “I don’t suppose you have many of those, do you?”

Crozier’s smile widened a fraction. It looked a little bit dangerous, and it made Alec’s toes curl delightfully. “Not many. They’re such a waste. And so often what one wants is there for the taking, if one only makes the effort to reach for it.”

Spoiler: the effort is made. Eventually. *evil face*

I had a lot of fun with this book, which I hope is shown in the cover (art by Vic Grey, design by Lennan Adams). I hope you enjoy it!

“Any Old Diamonds features incredible plot twists, amazing characters, shameless flirting, sex at some pretty inopportune moments, and some f***ing horrible peers of the realm. So what I’m saying is, why haven’t you ordered the book yet?”–The Book Corps

Buy links to your favourite e-store right here; print edition will be coming in about two weeks (there was a delay on the file, sorry). Audio TBC. 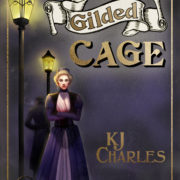 Inheritance FAQs (or, how to disinherit a duke)
Scroll to top