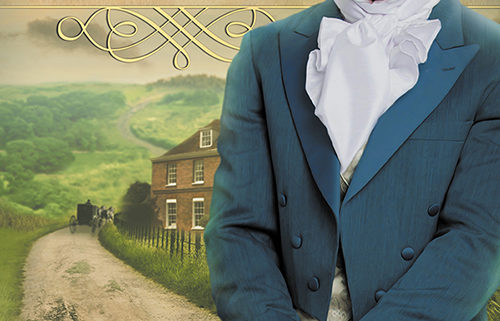 Last week I wrote about basic dialogue punctuation, and people wanted more, so here it is. If you aren’t up for XXXX Hot Ellipsis Action, bail out now.

In this post we’re going to do ellipses, em dashes, and the different impressions you can give of broken, hesitant, or simultaneous speech. Before we go any further, though, a reminder: Punctuation is not something handed down from on high. It is a convention by which writers attempt to convey the patterns of language—and language is spoken, not written. Punctuating dialogue is an exercise in making readers translate the marks on the page into dialogue that sounds the way you want in their head.

So don’t think, “I must make my dialogue punctuation correct according to CMOS*.” Think: “My punctuation must convey the way my characters are speaking.” And that has to be done within conventions (unless you’re Cormac McCarthy or whatever), because shared conventions are how writing works—but the aim, the goal, the point here is for you to represent your character’s cadences and meanings as accurately as possible.

*CMOS=Chicago Manual of Style, a collection of notes made by some people on how they thought American English should be written down. A style manual. Not to be confused with “an eternal and immutable universal truth”.

An overview of basic em dash and ellipsis use and their different effects. I wrote on this subject in a previous blog post so I’m copying lots of it here to save my sanity.

… is an ellipsis (plural ellipses), and indicates hesitation or trailing off

— is an em dash and indicates a break or interruption

In the following string of examples, we are in a nightclub, where our heroine has just bumped into a lady with whom, she realises, she had a one-night stand some time ago.

“Natalie,” the other woman said quickly, eagerly, and Jenny felt her lips curve in response.

The dash here indicates Natalie shoving herself into Jenny’s speech, talking at the same time.

“Natalie,” the other woman said over her, which was odd, because Jenny remembered very clearly that she had called herself Lizzie.

Here Natalie (OR IS SHE???) consciously interrupts to stop Jenny. We need the dash to show Jenny’s speech is broken.

There was a massive explosion and the roof fell in.

Jenny is interrupted by an external factor.

A phonetic transcript might render this as “Yooouuu’re” as Jenny drags the word out in a pathetic attempt to pretend she hasn’t forgotten the name.

“Of course,” Jenny said. “You’re…” Her voice died in her throat. She’d dreamed of seeing this woman again so often, thought of everything she’d say, and now she was here, right in front of her, and Jenny couldn’t speak a word.

Jenny has Romance Heroine Speech Impediment. There is no cure..

You can use em dashes to work action into a speaker’s dialogue. People often get tripped by this, but once you grasp what the punctuation is doing it’s easy to tell which to go for.

Read the following. In both, Frederick is telling Edith he knows she shot Mabel. What’s happening differently?

“This”—he held it out to her as he spoke—“is the gun with which you shot Mabel.”

“This—” he held it aloft then threw it onto the table with a clatter “—is the gun with which you shot Mabel.”

Example 1 is continuous speech. The action goes on simultaneously with the words. Therefore, the em dashes are outside the quotation marks because they are not part of the dialogue. In a playscript we’d represent it as:

FREDERICK:  This is the gun with which you shot Mabel. [He holds it out as he speaks]

Example 2 is interrupted speech, therefore the em dashes go within the quote marks to show a pause in the flow of speech. However, the action is part of a continuity of Frederick doing stuff (speaking or acting) so it’s all part of the same sentence. Thus there is no cap or full stop on the interpolation. In a playscript:

FREDERICK:  This [he throws it onto the table; she jumps] is the gun with which you shot Mabel.

Just ask yourself if the speech is continuous or interrupted and you’ll get this right.

A Digression: interpolations and point of view

“This—” she cried out as he pointed it at her “—is the gun with which you shot Mabel.”

That seems fine in isolation, but let’s have a look how it works in text.

She wound her fingers together. Frederick’s face was set and angry. Could he know? Did he suspect?

Frederick turned, and she saw with disbelieving horror that he had a gun in his hand. “This—” she cried out as he pointed it at her “—is the gun with which you shot Mabel.”

He tried to hold back his loathing. He was going to destroy her for what she’d done to her own sister, his beloved, and it was all the better that she didn’t see it coming. He drew the gun from his pocket. “This—” she cried out as he pointed it at her “—is the gun with which you shot Mabel.”

In Edith POV we could easily misattribute the dialogue to her. In Frederick POV, this risks looking like POV slippage. Frankly, I’d rewrite both, in the first example to clarify the dialogue attribution (probably ditching the break as overcomplicated), in the second to make Frederick the subject.

She wound her fingers together. Frederick’s face was set and angry. Could he know? Did he suspect?

Frederick turned, and she saw with disbelieving horror that he had a gun in his hand, that he was pointing it at her. She let out a hoarse shriek as he said, “This is the gun with which you shot Mabel.”

He tried to hold back his loathing. He was going to destroy her for what she’d done to her own sister, his beloved, and it was all the better that she didn’t see it coming. He drew the gun from his pocket. “This—” he pointed it at her and relished her shriek “—is the gun with which you shot Mabel.”

It’s easily done, so keep an eye out.

After a break, you may go back to where you left off; or you may go into a new sentence. Punctuate the second part accordingly.

“I would tell you”—he shrugged—“but I’d have to kill you.”

“I would tell you, but…” He gave her a helpless look.  “Anyway, let’s talk about your mum.”

Equally, in interrupty dialogue, consider if the interruptions are new sentences or part of a single sentence (which may be shared between two speakers) and punctuate accordingly. Have a read of this and see how the different breaks work.

She shot a desperate glance at Matt, who braced himself to say it. “Only, it’s the, uh, the…” he made waggly finger gestures “…tentacles.”

“But without the tentacles—”

“—we wouldn’t even have noticed. Well, you know, the tentacles and the, uh… Well, we don’t need to talk about the smell.”

“The smell? But”—Jim was going red—“the smell is one of my best features.”

And, for your analytical pleasure, a breakdown. Kind of like the one this post is giving me. 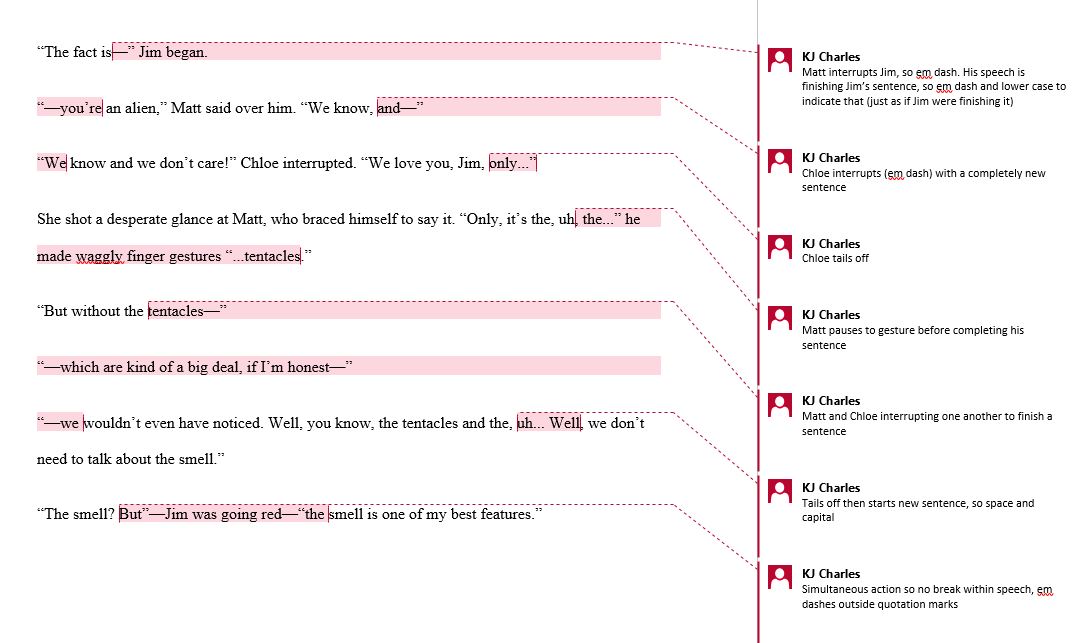 Note on ellipses: There is any amount of disagreement on punctuating ellipses. British use doesn’t put a full stop after an ellipsis that ends the sentence (on the grounds that the ellipsis is the punctuation), US does.

If you trail off with an ellipsis, and then have an interpolation, you can punctuate for a new sentence or for an extremely hesitant single sentence.

“Yes, but…” he made a face “…you’re wrong.” [Trails off, makes face, trails back on again to complete sentence]

You don’t put ellipses outside the quote marks. See this wrongness:

It doesn’t work because punctuating dialogue like this, outside the quotes, shows us the action is simultaneous with the speech, and the dialogue itself is continuous (without the interpolation it reads “Yes but you’re wrong.”). There is no hesitation happening anywhere, therefore it makes no sense to use ellipses. Use em dashes or move the ellipses inside the quote marks, depending on whether you mean a break or a hesitation.

Is this all immensely complicated and making you sweat? Okay, look. The line of dialogue “You think I’m lying but I saw an alien” can be presented in the following ways, and this is not an exhaustive list. Exhausting, but not exhaustive.

“You think I’m lying but— I saw an alien.” [space after em dash, new sentence]

“You think I’m lying but—” he thumped the table in frustration “—I saw an alien.”

“You think I’m lying.” He sounded exhausted, almost despairing. His voice dropped to a mumble. “But I saw an alien.”

All of those are grammatically correct. All of them have different implications as to the cadence, the pauses, the meaning of the speaker, the rhythm of the prose. (Exercise: go through that list and ask yourself what each one says about how the line is delivered—tiny pause, bigger pause, with simultaneous action, as two separate parts…)

One final note here, but an important one.

If the editor suggests changing ellipses to em dashes “because you use ‘interrupted’ as a verb, and this section appears to be broken speech”, that is helping you use punctuation to support your meaning. That’s her job. Equally, if the editor points out that you’ve broken two-thirds of your dialogue with dashes and asks you to consider varying your structure because it’s becoming really noticeable, she’s doing what she’s paid for.

If, on the other hand, edits come back with ellipses changed to em dashes “because that’s house style” or “because CMOS says…” (rather than “because this is an interruption, not a hesitation”), that is not okay. CMOS doesn’t know what you meant in that sentence; house style is unlikely to cover every possible nuance of punctuation. Maybe house style will reflect your meaning as well as or better than your original, but maybe it won’t. You need to check this, and be sure that your meaning is the editor’s no.1 priority. (I’d like to say “a good editor won’t do this to you”, but there are publishers who enforce an inflexible house style on editors who would rather not, as well as plenty of places who hire people with no damn experience.)

The only real defence against bad advice is for you to be confident in your knowledge. I stet the hell out of attempts to change my punctuation in ways with which I disagree, but I have a lot of experience and an, uh, uncompromising personality. The more you learn, and the more you equip yourself with the tools of the trade, the more able you’ll be to say, “No, I know what I meant, and that’s how I want to express it.”

(I have Opinions on any form of editing that prioritises the style guide over the author’s voice, intent, or meaning. Buy me a pint some day and I’ll tell you all about it. Meanwhile, see here for the very useful word stet.)

KJ Charles writes, edits, and probably puts too much thought into punctuation. Her next book is Wanted, a Gentleman, out in January, and don’t imagine for a second that comma was a casual choice. An Unseen Attraction, first in the new Victorian trilogy Sins of the Cities, follows in February, and before then there’s a short novella in a December horror collection. More on that soon! 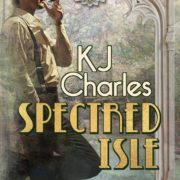 Writing the Synopsis: giving the editor what she wants
24 replies