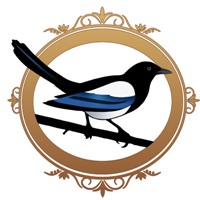 When I say bad things, I am not talking about ‘guilty pleasures’ like schlocky airport novels and Jason Statham movies. I mean liking things that other people can point to and say “This hurts me”. Examples might be: citing TS Eliot as my favourite poet despite the antisemitism. Enjoying rape erotica, or books with loving depictions of torture. Liking thrillers that treat women as objects or parodies. Loving Piers Anthony’s Xanth series although they…no, I’m not going there, don’t ask. Problematic things.

Because many of us do like problematic things, and most things are problematic one way or another. Books are created by people within cultures, and both people and culture are often pretty crappy.

I’m going to use my own Bad Liking as an example throughout. I love Edwardian writing, particularly pulp shockers and detective novels. Some of this is outstanding, magnificently plotted, thrilling stuff. However, much of it is tainted with profound racism, antisemitism, sexism, misogyny, homophobia in the deepest sense of ‘fear’. White heterosexual Christian English upper-class able-bodied men are usually shown as the pinnacle of human evolution, the top of the pile. If you want to see the intersections of privilege in action, these books are for you.

I love them, but I know they contain awful things. Equally, I think that Chesterton’s 1911 poem ‘Lepanto’ is a masterpiece in poetic terms; it gives me goosebumps every time. I also know it is deeply problematic in its cultural politics, and the treatment of Islam is hide-behind-the-sofa bad. Does the poetry trump the Islamophobia; does the Islamophobia negate the poetry? Do I have to stop reading this poem, or denounce it, for the things wrong with it that are awful to a modern ear? Am I a bad person because I love it anyway?

It’s very easy to feel personally accused when a thing we like is denounced. Which is why this gets so heated: if other people are slamming my favourites, my self-image as a nice person is threatened. Someone says, “This thing you love is shitty and hurtful”, and I hear, “You are shitty and hurtful for liking it.” And it’s important to remember that’s not [necessarily] true, and quite possibly isn’t what’s being said. (Square brackets exception: If you’re e.g. a massive racist and you read massively racist books to reinforce your worldview, you are a terrible person. I’m assuming basic decency on the part of readers here.)

So, say you read Edwardian pulp for the thrilling adventure sequences, or enjoy ‘dark romance’ without supporting kidnapping and mistreatment of women in reality, or see something lovely and hopeful in a romance trope that other people find objectionable or erasing. That happens. People are complicated; needs and ideas and experience and vulnerability intersect in a lot of complicated ways; many things are not problematic to Person A, no matter how glaringly obvious they are to Person B; and things can be simultaneously problematic and empowering to different people. Rape erotica might seem detestable exploitation to some, yet may also be a powerful way for rape survivors to handle their experience. People may choose to retreat into fiction that erases their problems by ignoring their existence. What’s good for one less-privileged person may also be harmful to another less-privileged person–as when a gay person finds something powerful in the ‘gay for you’ trope in m/m romance that makes many bisexual people feel erased and excluded. This stuff is very complicated.

But no: liking books with problematic things does not in itself make me, or you, a bad person.

There are two ways I can handle my unfortunate taste for Edwardian pulp.

The reason I can like this stuff is because I am privileged (white cis het British). I am able to skid over the offensive or crass bits and enjoy the poetry, or the story. Good for me. But I have to remember that other people will not feel the same, that they may find these things brutally hurtful, and I should respect that. If someone posts a 1* review of Greenmantle or the Father Brown stories because they find them offensive, I don’t get to argue, “Oh, but it’s just the period they were written!” or “‘Foreigners = bad guys’ is a classic trope, get used to it,” or “The author’s really nice so he obviously didn’t mean the casual racism”. I need to accept that these issues are problematic, even if they aren’t hurtfully problematic for me.

A note on the all-too-popular “when you say my favourite books are hurting you, that hurts me, so we’re quits” argument: No. Firstly, this is very often an issue of privilege: men not having to worry about women’s problems, cis people not seeing trans people’s problems, het people missing queer people’s problems. If I have more privilege in this situation, I should be the one listening, because that’s basic fairness. Punch up, not down. And secondly, there is a big difference between “I feel bad because this thing erases or belittles people like me” and “I feel bad because someone was rude about a book I like”.

3: Learn what the problem is

People, being people, tend not to want to hear what’s wrong with our favourites. “Can’t you just let me enjoy this?” we say. “I like it, so don’t spoil my fun!”

But understanding what’s wrong doesn’t spoil books. Refusing to understand and sticking your fingers in your ears may spoil people. If I say, “I don’t care why X is a problem,” I’m not just refusing to take responsibility for my own choices: I am closing myself off from other people, and deliberately keeping my view narrow. That is the opposite of what books are meant to be about.

I have recently been made aware of several erasures and assumptions that I was making without noticing. Being told so was not very comfortable for me at all. But now I know a bit more than I did, and I hope that means I will write with better, wider understanding in the future. Which means I will write better books. Which is my job.

Critically engaging with problems–in books, in my own attitudes–makes me a better reader and writer, even if it stings. I don’t enjoy John Buchan’s WWI thriller Greenmantle less because I now notice its (really weird-ass) homophobia and Orientalism. If anything, my awareness of the context gives me a deeper understanding of what remains one of my favourite books, as well as helping me not be a jerk to other people about it.

Understanding the problem helps me formulate a nuanced response. If I know why people find a book problematic, I can weigh up the issues; maybe mitigate harm; hopefully avoid jumping into discussions of it with both feet and landing on someone’s toes.

It doesn’t make problems go away if I deny that my favourite thing is hurtful to some people, or react angrily to criticism, or claim that everything is fine. I don’t have to agree that things I like are reprehensible. I don’t have to stop reading them even if I do agree. I can mentally dismiss criticism and walk away, or say, “I hadn’t considered that perspective,” and leave it at that. I can carry on liking the thing, knowing that other people have a massive problem with it, because life is complicated. But I can’t expect everyone else to shut up about their own needs for my convenience, and I cannot insist that nobody criticises the things I like, or points out that liking them is a matter of privilege.

Even better, though harder: I can try to listen, and open my perspective out, and then carry on liking the problematic thing with a fuller understanding. Or stop reading it, if I feel it is just really not okay, and find other books to supply whatever I was getting from it. Or even write the damn thing in a way that is less problematic in the first place. (I wrote Think of England specifically as a response to my difficulties with the Edwardian pulp I love, as an attempt to share the great things about it while acknowledging or avoiding the bad ones.)

All of which is to say: Liking books with problematic things doesn’t make you a bad person. How you handle that liking is what counts.